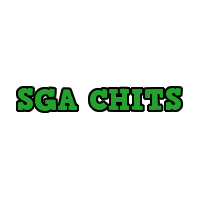 Private limited company registered under companies act 1956, Established in 2009 SGA Chits is registered under the Chits Fund Act of 1982. All groups promoted as per the chit funds act. It is popular among the people as the best and the most reliable chit fund company. The company’s popularity is mainly due to its business system and the team that is working on its back-end. If you are looking for a trustworthy chit fund company, then SGA Chits is the place.

With new ideas in place, the company was able to become the only chit fund company that is operated with bank-only transactions.

how can we help you?

Contact us at the Consulting WP office nearest to you or submit a business inquiry online.

I found Mr.Thamizh on facebook., While I come here, I thought just like that another meeting. But he gave very important information’s and tips. Those information’s gave me a lot of confident and satisfaction. I am looking forward to appoint Mr.Thamizh as my business Coach.